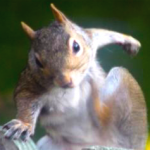 As promised, from now on, Bless we will launch two new servers every year. Due to the closure of the eGames project and the temporary suspension of the MUX Global project, we will be able to devote all our attention to Bless and more often delight you with the opportunity to level your new character from scratch, along with thousands of other players at the same time.

In the survey regarding determining the rates of the future server, the high-rate version won by a small margin, so meet the new Bless Deux x1000! Especially for those who are nostalgic for the classics, where you get it without grinding and immediately go into battle at maximum power, as well as for those who are simply tired of grinding achievements every time, we offer you a server without the achievement buff. The achievements themselves will be available, and you will be able to receive achievement points and bonuses for completing them, but they will not affect the strength of your characters in any way. In the future, if the server will be merged with a server where the achievement buff is enabled, then your buff will also work depending on the achievement points you have earned. The server itself is fully compatible with the Origin server for future potential joins.

The main change in the game will be the introduction of Condor Shards - Flame of Condor shards, collecting 30 of which you can craft a full-fledged condor. The shards themselves will be added as rewards for some quests, as well as drops from several bosses. This feature should significantly reduce the cost of the condor, make it more accessible to the majority of players, and reduce the load on CC.

In Chaos Castle itself, an anti-afk system and a gradual slowdown of potion consumption speed will be added so that the event does not drag out.

Removing the Broken Horn from the Cash Shop on the Origin server was the right decision, and we will do the same this time. Also, for the sake of balance, there will be no Scroll of Wrath, Protection, Wizardry, Mana, Health buffs in the Cash Shop before the first siege.

The main new feature on the website will be the introduction of a full-fledged classic auction, where any player can put up the desired item for sale, and other participants will be able to bid on a price increase. At the end of the auction, the item will go to the highest bidder.

Based on the collected statistics of the Origin server, the achievement system will be updated on the new server. The tasks that caused the most difficulties for the players will become much easier to complete.

All referrals registered from today will already be valid on the new server. You can get your referral link in your personal account by logging into any of the existing servers. So, if your friends are not with us yet, then it's time to invite them to join you at the opening of our new server.

In anticipation of a new server, we suggest recalling how the opening of our previous server, Origin x30, looked like last year, where the maximum online in two weeks after the launch exceeded 3400. We would be glad to see everyone back again!

Detailed information about the server and the reset table can be found here.

Your wait has finally come to an end - the first and only new server on Bless this year, behold: the long-awaited low-rate Bless Origin x30! The server will be launched on the new game client that will be exclusive only to this server. The overall concept is that the server is compatible with the Empire server and is suitable for future mergers.

Long-awaited improvement in game performance - finally we have 30 FPS. The game has become much smoother and faster.

The quest system has received a completely new task lineup along with over 60 new monsters. A total of 330 quests are already available, and this number will gradually increase with the addition of new mobs and locations to the game. And a second quest system you also need to kill certain monsters, but tasks are generated automatically depending on the strength of your character. The number of tasks in it is unlimited and various loot boxes, stones and other useful consumables are given as rewards.

New Lorencia Fortress event, where guilds compete in control of spots, and the winner receives prizes, buffs and his own fortress in Lorencia.

In addition, development begins on two more new events, Arkania Salvation and Holy Grail. Detailed information about them will appear after the launch of the server, and the introduction to the game is scheduled for this winter.

All referrals registered from today will already be valid on the new server. You can get your referral link in your personal account by logging into any of the existing servers. So, if your friends are not with us yet, then it's time to invite them to join you at the opening of our new server.

Based on the collected statistics of the Empire server, the achievement system will be updated on the new server. The tasks that caused the most difficulties for the players will become much easier to complete.

Participate in the giveaway and get a chance to win 300 bonuses on any of our projects! 10 winners will be chosen randomly on October 21st! If the number of participants will exceed 100 then there will be 20 winners.


FACEBOOK               VKONTAKTE
Basic facts about our project here.
A complete list of the features of our game worlds is here.
A detailed guide to playing on our servers is here.

Detailed information about the server and the reset table can be found here.